Giro E, in the saddle with Enel X for the e-mobility revolution

On 1 June the first Giro E, the e-bike Giro d’Italia sponsored by Enel X, crossed the final finish line. Here are some of the stats, the stories and the protagonists of this year’s race

Roads, landscapes, finish lines, fans, passion and colours: the same as those of the Giro d’Italia and taking place on the very same days, but this time on e-bikes. After three weeks, 18 stages and 1,829 kilometres, the first Giro E powered by Enel X has ended with a flourish: on Saturday 1 June the Dolomites served as the stunning backdrop for the final stage, from Predazzo to Croce d'Aune-Monte Avena, in the province of Belluno.

In the end the maglia viola (purple jersey), which is awarded to the race leader, went to the Epowers Factory Team. But the Giro E is not, and will not be, merely a race, but a unique experience, offering a new way to savour the Italy of the Giro with all its climbs and descents. Of course, there was no lack of serious competition from some quarters, but the event was above all a celebration of sport and one that managed to achieve its main goals: to offer the possibility to anyone to experience the thrills of the Giro d’Italia and to promote electric mobility. 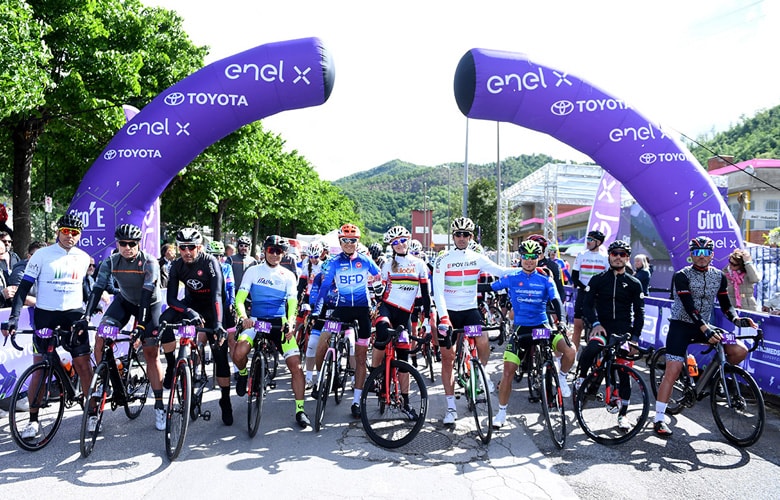 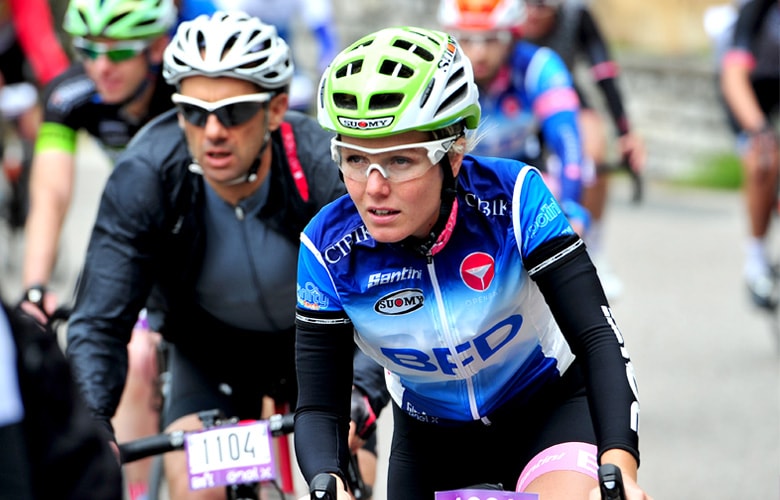 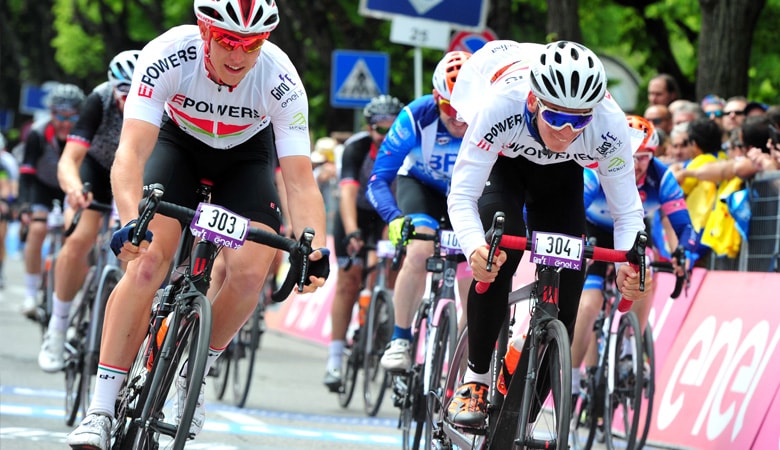 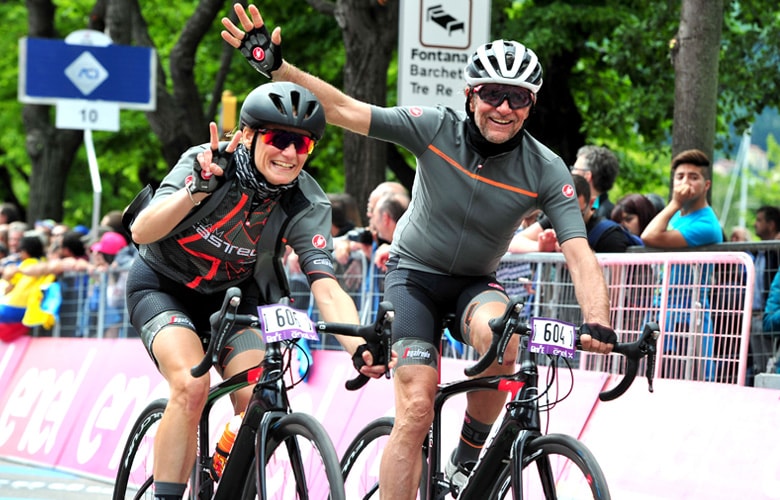 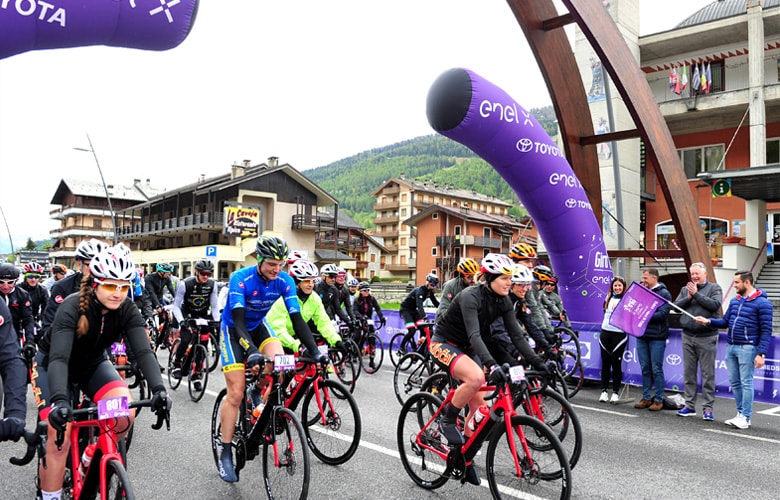 “The Enel Group has always been very close to the Giro d’Italia, for which it is one of the long-time sponsors,” explained Alessio Torelli, Country Head Italy of Enel X, the title sponsor of the competition. “Having identified a further affinity with the Giro E, we decided that for Enel X this was an unmissable opportunity to raise awareness among cyclists and cycling enthusiasts about the issues of environmental sustainability and electric mobility.” Roberto Salvador, Director of the Giro E, was also extremely satisfied: “A positive result that exceeded even our rosiest predictions. Throughout we enjoyed a full line up of participants, and for everybody it was a truly unique and thrilling experience. We’re already looking ahead to the 2020 edition which will benefit from the expertise gained holding the first Giro E this year.”

The Giro d’Italia for everyone

The competition, an amateur e-bike Giro Experience organised by RCS Sport, began on 12 May in Cantagallo, in the province of Prato, in Tuscany. 10 teams took part according to regulations designed to enable non-professional cyclists to experience the thrills of riding the same routes as the Giro d’Italia on the same days as the real competition but on e-road bikes, the electric pedal-assisted racing bikes that each team is equipped with. Precisely in order to broaden participation as much as possible, the regulations outline that teams must be made up of six members, of whom at least one must be an expert, the captain, who can be alternated with another rider at the end of each week’s racing, and five others who can be substituted at the end of each stage.

Many took advantage of the chance to ride along the same routes (although limited to a maximum of 115km a day) that have been travelled by some of cycling’s greats. They could also cross the finish line beneath the same banner where, just a few hours later, each Giro d’Italia stage winner would pass. The 533 riders involved in the Giro E race included cycling enthusiasts as well as managers, business people and cycling champions such as Felice Gimondi, Gianni Bugno, Mario Cipollini, Edita Pučinskaite, Massimiliano Lelli. There were also stars of other sports, such as Ivan Zaytsev (volleyball), Cristian Zorzi (skiing), Luca Toni (soccer), Carlton Myers (basketball), and former tennis champion Mara Santangelo, who featured in the final stage. “The Dolomites are my home, but experiencing them from the saddle of a bike enabled me to see them in a new way,” explained the player whose volleys used to thrill and entertain spectators at Roland Garos. 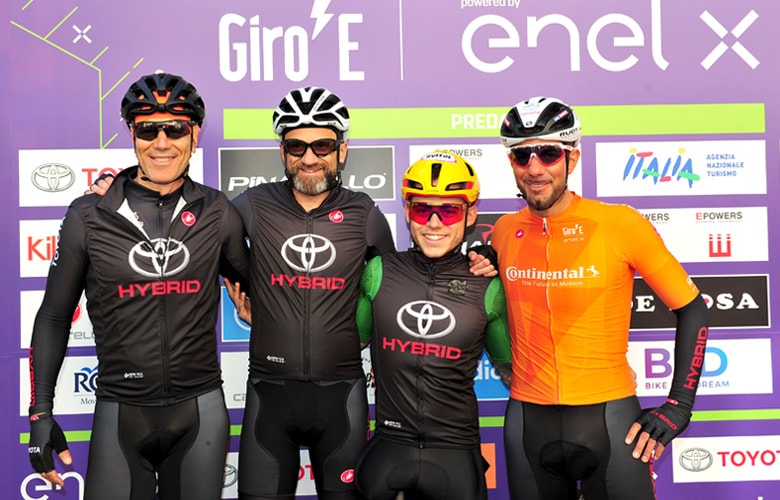 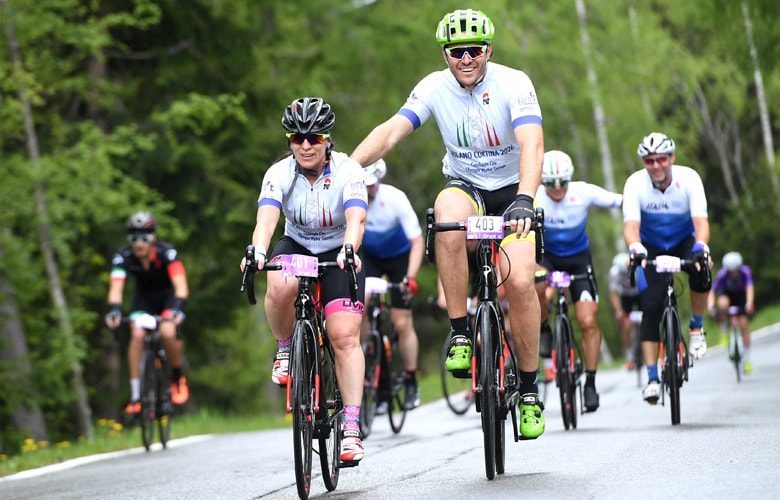 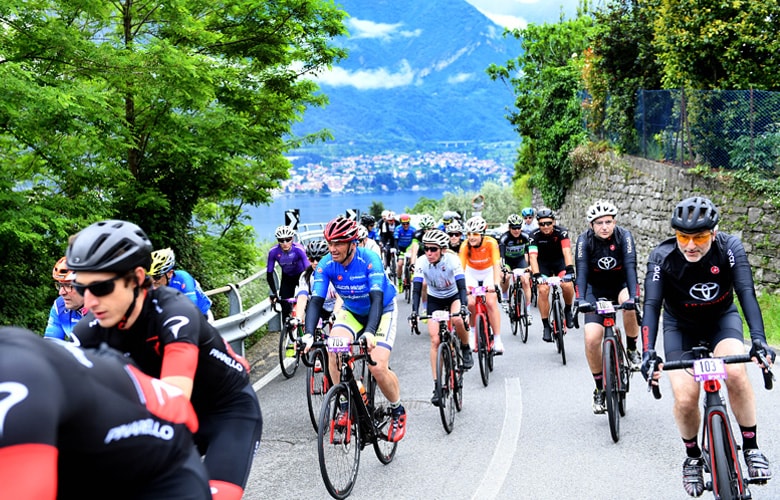 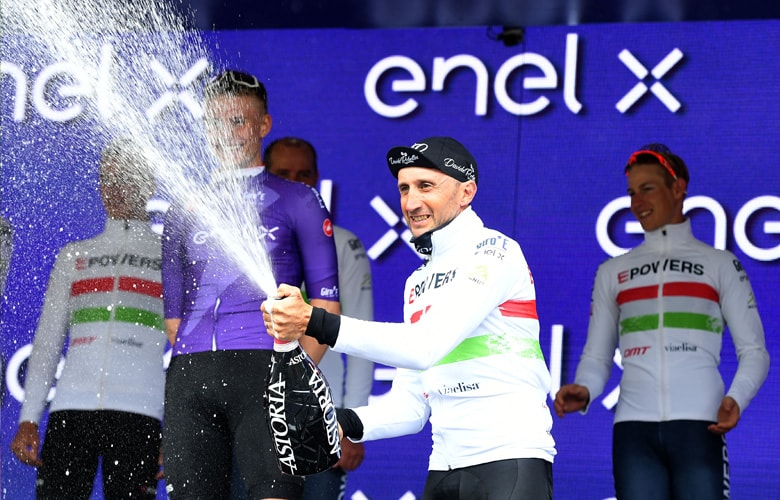 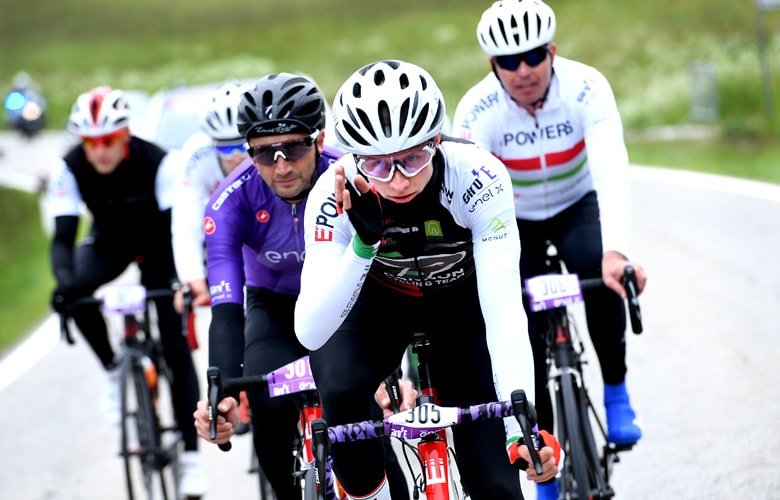 Over three weeks of climbs, descents and sprints that punctuated the race, the 10 teams took on special tests and time-speed-distance (TSD) trials, all taking place on parts of the route of the 18 stages of the Giro d’Italia 2019, with the exclusion of three time trials. The times and speed of each competitor were monitored using a GPS system to verify that each team travelled the stage according to average speeds outlined in the regulations and in order to draw up a ranking based on the four best times of each team. In the end it was the Epowers Factory team that, in addition to the purple jersey, won the red jersey for the sprint category. The orange jersey for the team that performed best in the regularity (TSD) category was the Toyota team, while the green Jersey for the youngest team taking part went to the Kilokal-Selle SMP team.

Giro E was also an opportunity to meet with the local stakeholders interested in issues of sustainability and electric mobility at drinks receptions and dinners organised by Enel X at the end of each stage, the last of which took place on 2 June in Verona for the grand finale of the Giro d'Italia. These events enabled our company to showcase the numerous solutions that we offer businesses, public administrations and residential customers with the aim of promoting the sustainable and efficient use of energy in the sectors of e-City, e-Industry and e-Home, as well as e-Mobility, of course.

The e-mobility revolution plays a key role when it comes to this strategy. “It is revolutionising mobility,” explained Torelli. “We want to make the old way of doing things and all the pollution that goes with it – including noise pollution – a thing of the past. We want to provide the country with completely electric and eco-compatible mobility.” Such a transformation involves all forms of transport, both public and private, and is one in which Enel X is a leader in the Italian market. It is committed to boosting the national infrastructure of public recharging points, which are set to increase in number from the current 6 thousand to reach 28 thousand by 2022. “Electric cars, mopeds, bikes and scooters: for us these are all essential elements for supporting the e-Mobility revolution,” stressed Enel X’s Country Head Italy, who went on to underline the role of e-bikes. “This is a new and eco-compatible way of getting around cities. Each bike effectively takes a combustion-engine vehicle out of circulation, reducing traffic and enabling those who use them to stay in shape, which is no small detail. What’s more, people like them.” This was clear from the great response from the public and the participation in the first edition of Giro E. It was a new way to drive the sprint towards the electric mobility revolution, beginning on the very roads travelled by the riders of the Giro d’Italia.

The EV Revolution: Infiniti Electrifying By 2025, More Cars From Porsche & Audi, Electric Ducati On The Horizon

Just a few years ago, when Tesla was struggling to get the Model X into production and the Model 3 was little more than a gleam in Elon’s eye, the idea of an EV revolution seemed a long way off. Not so today.

Boston: innovation turned up to ten

Our Group has opened its tenth Innovation Hub in one of the world’s most stimulating technology ecosystems. In the words of Francesco Venturini, CEO of Enel X, Boston is a “A city with a talent for continuous transformation”

Formula E: Enel X on the track in Rome

The world e-car championship returned to Rome on 13 April, a day that marked another important step in promoting sustainable mobility. It was also a great success for Enel X, the event’s Official Smart Charging Partner