Here’s the combined system developed by Enel X for the factory of Establishment Labs, a manufacturer of high-tech medical devices

For Establishment Labs, a medical manufacturing facility in Alajuela district (Costa Rica), the combined PV + storage system created in partnership with Enel X represents an answer to multiple needs. It’s a turning point towards renewable power, a choice of economic and environmental sustainability, a flexible and resilient solution and, last but not least, a path towards energy and cost savings.

“Today we produce more than 98% of our electricity from renewable energy sources. After the launch of our National Decarbonization Plan, studies have allowed us to know that the country will obtain a net profit of $19.5 billion making the changes indicated in this route. The fundamental point is clear: environmental ambition is not only ethically correct but also profitable” said Costa Rica’s president, Carlos Alvarado, opening the Conference on climate change PreCOP25, hosted in the Central American country last October.

The country is well into the energy transition process: its power grid isn’t currently suited to meet the country’s needs as blackouts are the norm, but at the same time, authorities pledged to go 100% renewable by implementing policies that encourage local businesses to comply with national decarbonization goals.

For Establishment Labs this scenario represents both a challenge and an opportunity. For a company specializing in the manufacturing of technology-intensive medical equipment, a reliable energy supply makes all the difference: grid inefficiency and lack of energy only result in the factory grinding to a halt, lowering production rates and posing a threat to the company’s bottom line. 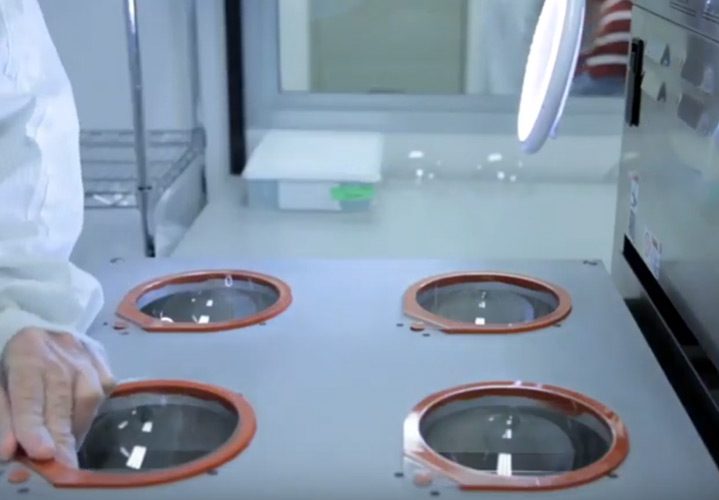 All-round sustainability: streamline, save and grow

Storage and solar: the safe choice

A viable alternative to the old diesel generator - costly, polluting yet safe and reliable in case of a blackout - needed to be presented to Establishment Labs as it was looking for an improved and tailor-made solution.

With that in mind, Enel X developed a combined system consisting of a 500 kW/1MWh lithium-ion battery and 276 kW-worth of solar PV providing enough power to run this equipment in case of a grid failure. Enel X also oversaw the installation and integration of the assets within the facility’s existing systems.

At the time it was installed, the project was the largest solar-plus-storage system in Central America.

Additional intelligence for business and sustainability

The system is equipped with Enel X’s DER Optimization Software, which learns all relevant behaviour on the facility and analyzes it alongside external data such as tariffs and grid behaviour. The software also transitions the power load onto the solar-plus storage system when it deems it necessary, helping the company reduce energy costs and greenhouse gas emissions.

The ecosystem created by Enel X for Establishment Labs proved its worth from the start. In 2017, Costa Rica experienced a nationwide blackout that cut 1.4 million homes and businesses from the grid for several hours. However, Establishment Labs was able to continue powering critical equipment in its cleanroom and survived the crisis without sustaining any financial setback.

With Enel X’s DER Optimization Software, the facility responded to the power outage immediately and shifted the power load onto the solar-plus-storage system, supplying power to the mission-critical cleanroom throughout the entire duration of the blackout.

All resources
stories for businesses

How solar energy works and its key benefits

Installing a photovoltaic panel is beneficial for a number of reasons: it reduces energy bills, is environmentally friendly and makes it possible to become an energy provider by supplying electricity back to the grid

The 2.34 MW/4.7 MWh lithium-ion energy storage system is integrated with the DER.OS platform. A tailor-made solution to guarantee flexibility, cost reduction, energy consumption optimization and more efficient use of the grid

Grow your business by becoming an energy prosumer. Today this step is possible for companies with a photovoltaic system that decide to take advantage of the innovative, integrated energy management services offered by Enel X