The fourth season of the championship for electric single-seater racing cars, for which Enel X is Official Smart Charging Partner, has been won by the French driver Jean-Éric Vergne

There was no lack of breath-taking driving skills and neck and neck challenges in the closing race of the ABB FIA Formula E Championship that took place last weekend in New York City. The first car to cross the finish line of the final race was driven by Jean-Éric Vergne, the 28-year-old French driver who last Saturday became the new ABB FIA Formula E World Champion. As the Official Smart Charging Partner of the championship for zero emission single-seaters, this was an Enel X branded success.

Our Group is increasingly consolidating its brand in North America. In addition to working behind the scenes we will now be lining up centre stage: from 2019 we will not only be managing the energy charge of the races, through smart meters and large storage systems, but we will also be charging the electric vehicles. A great technological challenge awaits us

The winners’ podium of the three-day, zero-impact Grand Prix in New York featured all the tones of Enel X purple, which coloured the thrilling competition with its solutions. The trackside smart meters and large storage systems paved the way for the Enel X charging infrastructures: Enel X JuiceStation Fast and Enel X JuiceBox. JuiceStation Fast is capable of charging two vehicles at the same time in just 30 minutes. The latest generation infrastructure has a capacity of up to 50 kW and is equipped with 3G connectivity for remote monitoring and maintenance. Enel X Juice Box, however, is the home charging station that can transform a private garage into a charging point, where owners can charge their e-vehicles simply and conveniently. 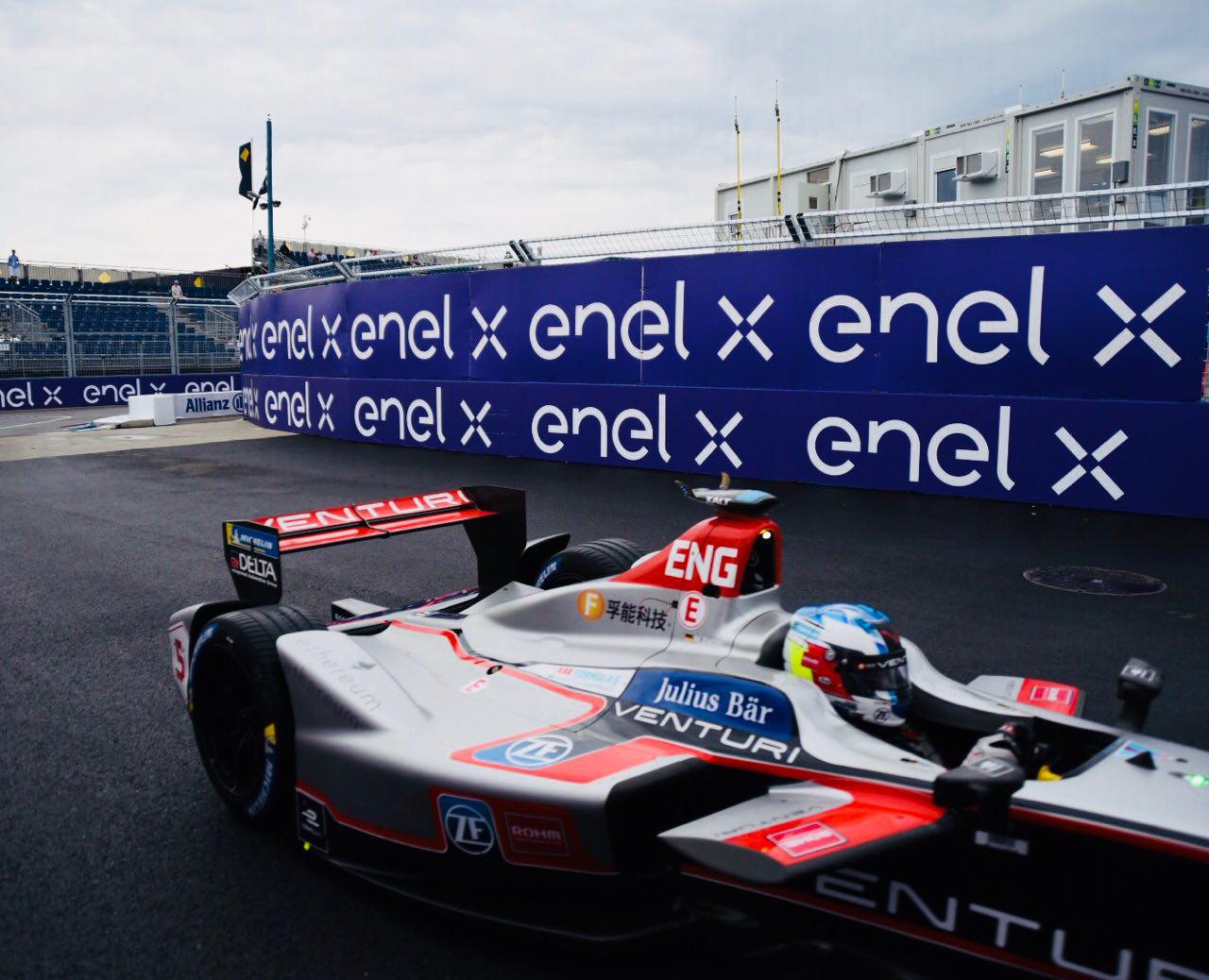 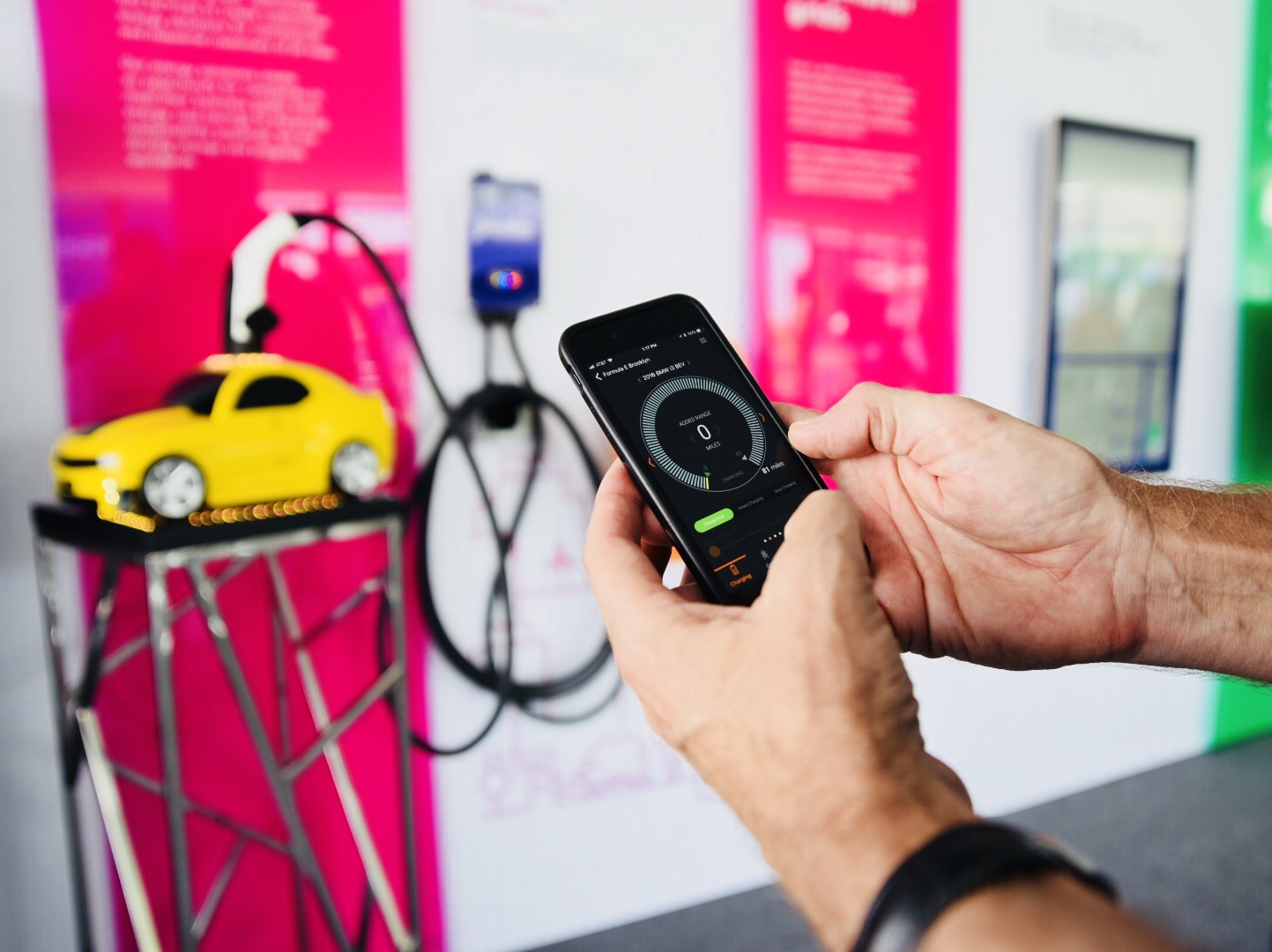 A thrilling race which passed through the Cruise Terminal in the ex-industrial area of Red Hook, in the heart of Brooklyn, celebrating the union of innovation and sustainability, the cornerstones of Enel X. The twenty electric single-seaters silently joined in challenge, racing at over 200 km/h along the city circuit, passing departure docks for cruise ships, lofts and art galleries in an area that exemplifies urban transformation. New York, “the city that never sleeps”, is a metropolis in constant evolution and one that is paying particular attention to e-mobility. Only last year, Mayor De Blasio announced a project to install charging hubs for e-vehicles in each of the five boroughs of the city, adding that 20% of registered cars will be electric by 2015.

The technological solutions provided by Enel X played a central role not only on the circuit, but also during the events and tours aimed at guests, partners and employees.

The weekend’s appointments also included a tour of the Marcus Garvey Village in Brooklyn, a residential complex of 625 apartments served by a micro grid powered by solar energy and equipped with a storage system, a perfect example of the expertise and commitment of Enel X in the field of renewable sources and advanced technology services.

A new page has been written in the history of motor racing and this new chapter begins with a capital E, for Electricity, Ecology and Enel X.

The Legambiente and Italian State Railways initiative to publicise the zero-emissions mobility manifesto the length of Italy in 12 stages is on its 31st outing. The north to south travelling show will also feature innovative e-mobility solutions from Enel X, which is partnering the event