The all-electric success of Formula E in Rome

Over one million viewers followed the live TV broadcast, 30,000 people filled the stands overlooking the circuit and the hashtag #formulaeday triumphed throughout the day as a trending topic on Twitter.

The first Italian E-prix, held on Saturday 14 April in the EUR district of Rome, was a resounding success. The electric GP, ABB FIA Formula E Championship which Enel continues to support as Official Smart Charging Partner and Official Power Partner, recently confirmed for a further five seasons, brought a spectacular race to the Italian capital. The fine weather helped attract numerous curious and passionate fans, who were then captivated by this competition dedicated to showcasing electric mobility.

The electric racing championship continued to exhilarate the public with an extraordinary race as thousands witnessed Sam Bird, driver for the Ds-Virgin Racing team, secure his victory. The winner performed breath-taking overtaking moves as well as numerous on-track strategies to conserve battery life and maximise the ‘full charge’, triumphing over Di Grassi of Audi and Lotterer of Techeetah who joined him on the podium. The twenty electric single-seaters set off from Piazza Marconi to complete 33 laps of the circuit that includes 21 corners and a 2,860 metre straight along Via Cristoforo Colombo, passing by the Nuvola conference centre designed by Massimiliano Fuksas and the Palazzo dei Congressi which was also the location of the pit garages used for changing the batteries.

Enel X brought its innovative smart technologies to the race, supplying not only electric energy deriving 100% from renewable sources, but also a completely digitalised micro-grid. The event also hosted the presentation of the new 80kW Superchargers that Enel has developed for the next season. The latest generation of batteries can store double the amount of energy meaning that the next season of the green GP will see the cars completing the entire race without having to stop. 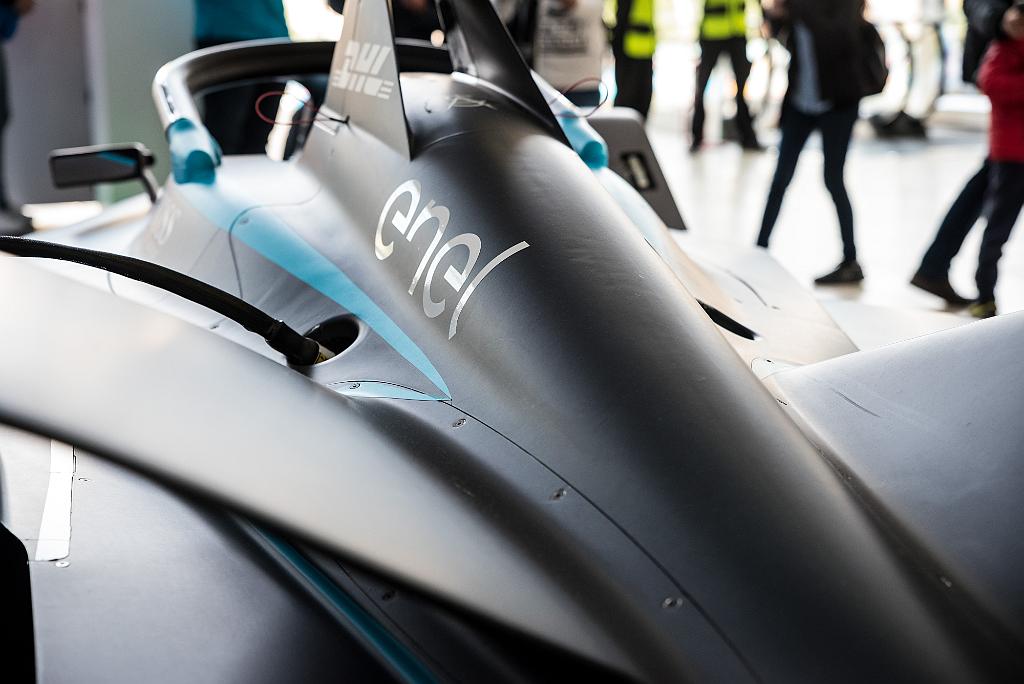 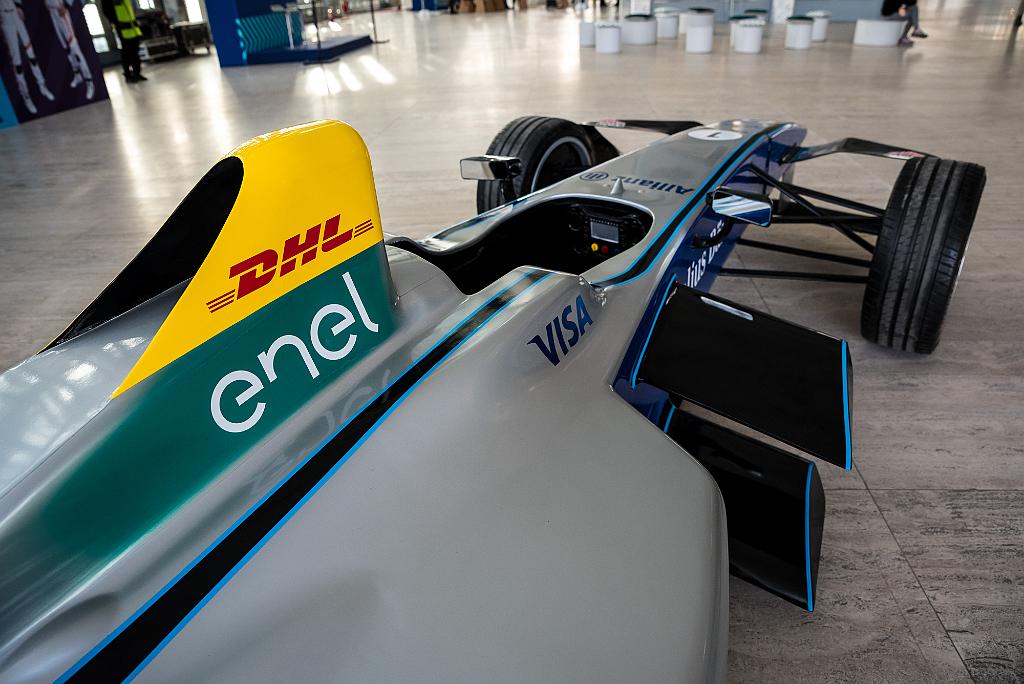 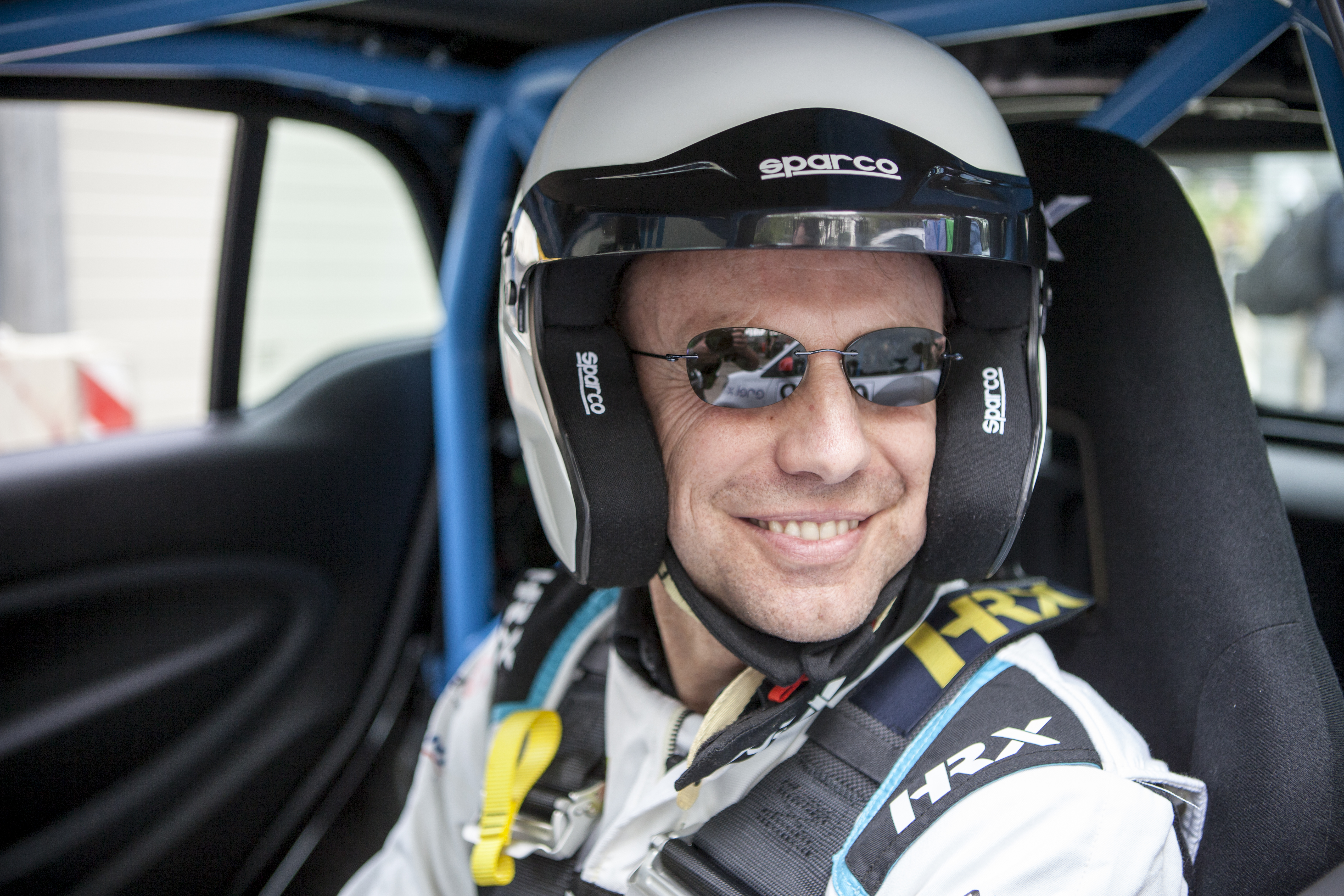 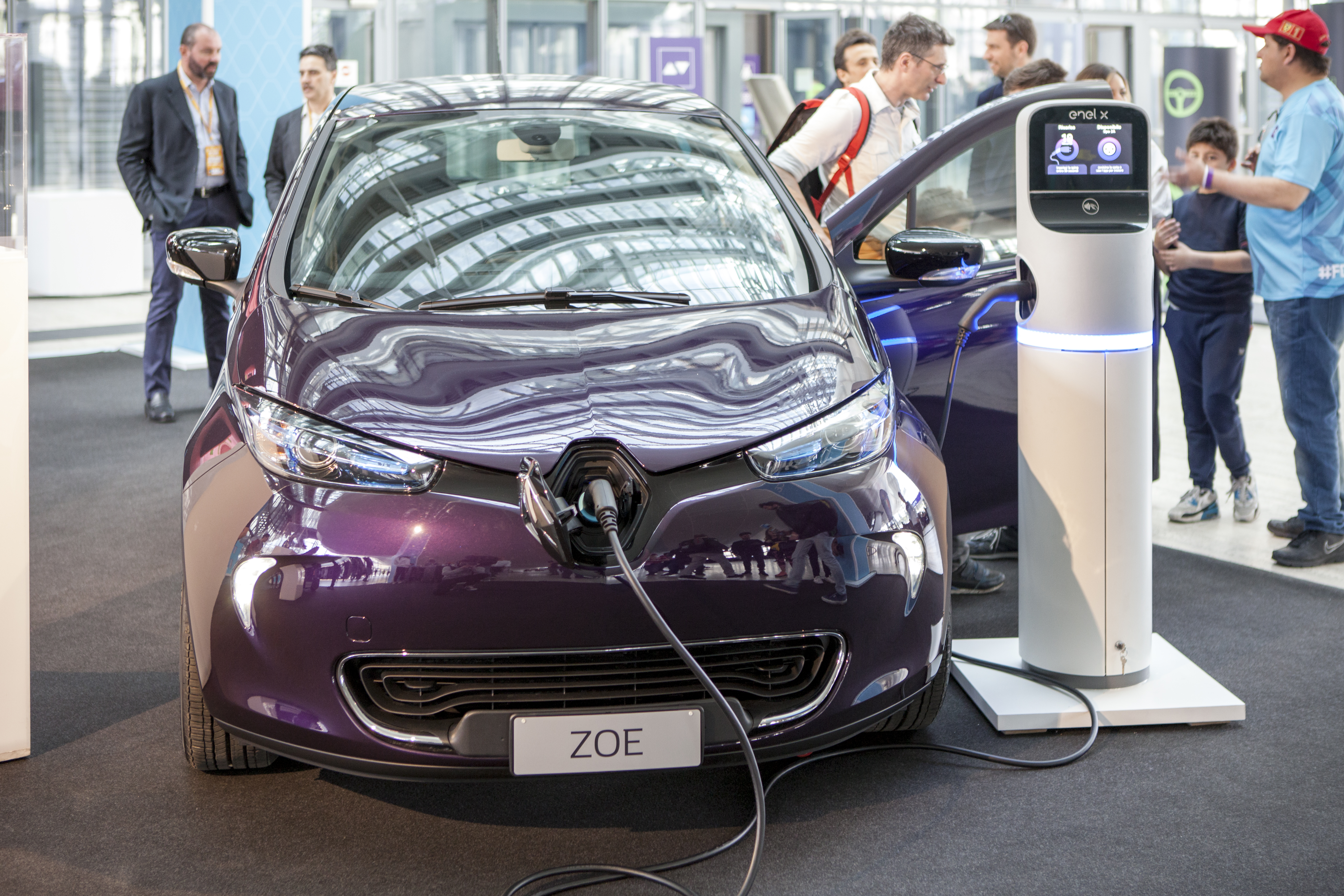 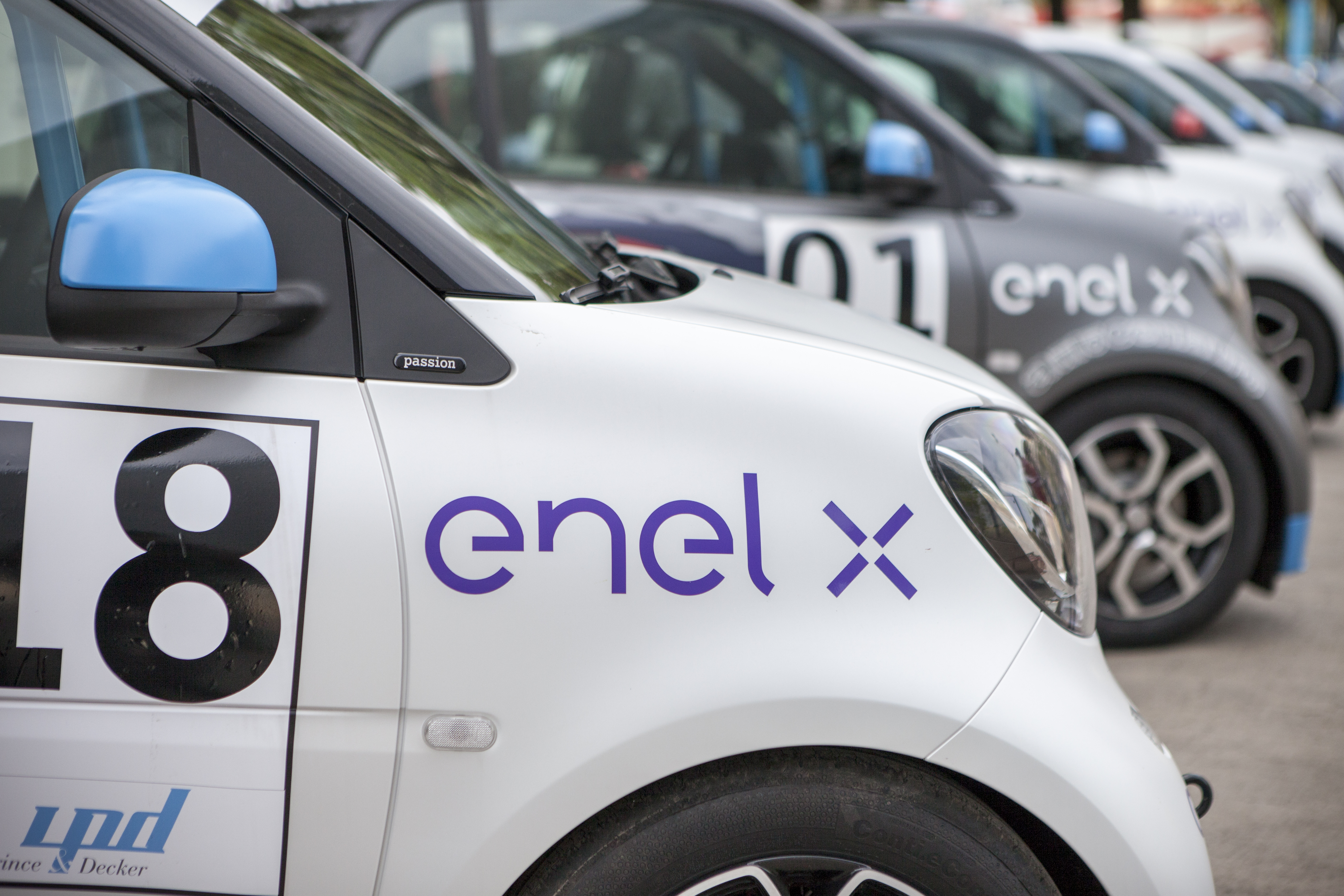 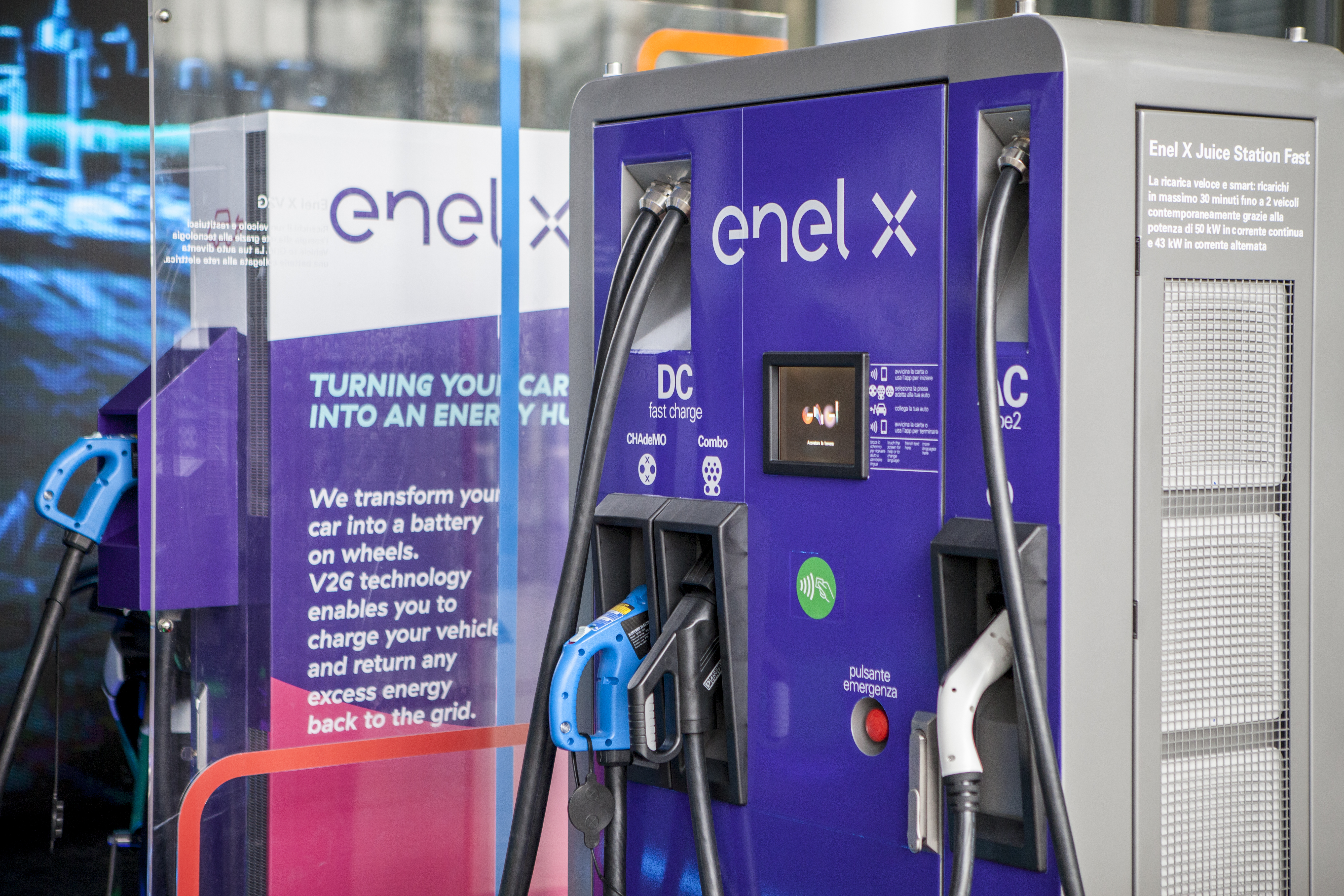 Three years into the collaboration with Formula E, the announcement of the expansion of this partnership is another step forward for our activities in the field of e-mobility. With Enel’s charging technology and Superchargers, the new cars will be more efficient and their batteries will have greater storage capacity, enabling them to complete the entire circuit at every E-Prix. The Enel - Formula E partnership reaffirms our Group’s commitment to the continual promotion of the development of e-mobility at a global level

Formula E offered an additional opportunity for the city of Rome to underline the importance of the culture of electric mobility and to raise awareness among racing enthusiasts that an engine powered by green energy sources can provide the same thrills and same range as polluting vehicles.

For this reason, Enel has installed four Fast charging stations with free Wi-Fi hotspots in the EUR district – the venue for the Formula E event – for permanent use by the city’s residents, as part of the Italian and European charging infrastructure project EVA+ and in addition to the 120+ stations already present in the city.

The success of sustainable mobility on the web

The enthusiasm of the day was echoed by significant participation of the Twitter community, not only during the live stream of the eco-friendly race but also during the #EnelFocusOn event dedicated to e-mobility which featured a keynote talk from Brian Solis, renowned analyst of disruptive technology, to an audience of international influencers.

Sustainable mobility is picking up speed. On the track, in the city and on the web.

See also the video produced by CNN during the event.

1,000 ultra-high efficiency LED lights are helping to upgrade public lighting in the Argentinian town of Berazategui in the province of Buenos Aires

The tax credit transfer and the role of Enel X

The transfer of tax credit means that you do not have to bear the costs for building works included in the range of tax incentives outlined in the Eco-Sismabonus nor wait for the standard 10 instalments over 10 years to recoup the tax credit. With a single solution, Enel X will take care of it all for you.