Electricity, the energy vector of the future

There’s a theme linking new industrial value chains, new jobs and new investments, a common theme that has developed over recent years and offers unprecedented opportunities: it goes by the name of electrification.

Electrification is a factor enabling economic development, sustainability and resilience, as well as being a crucial lever in reducing CO2 emissions.

These subjects all feature significantly in the results of the analysis and recommendations of the Electrify 2030 study carried out by The European House - Ambrosetti in collaboration with Enel X and the Enel Foundation, presented during the Cernobbio Forum.

The research in figures

The study’s findings were presented at Cernobbio and what stood out in particular is that the outlook for Italy is positive. The country’s current electrification level stands at 21%, and according to the scenarios presented this could reach between 24% and 30% by 2030.

The sector offering the greatest potential for electrification is transport, a value chain in which 160,000 potentially involved companies can be identified along with a total workforce of 820,000 and a turnover of 420 billion euro, a figure that is projected to grow by between 102.4 to 456.6 billion euros by 2030.

In Italy the industrial value chain of electrification technology potentially comprises 17,000 companies with over 320,000 employees and a total turnover of around 80 billion euro. The study identifies six key electrification technologies: heat pumps, LED lights, electrochemical storage systems, electrical drives, power electronics and energy management systems which could generate an estimated total turnover of between 135 and 326.5 billion euro in 2030.

An economic and sustainable impact

Ever since its inception the energy sector has experienced constant transformations that have influenced all areas of the economy and society.

We are experiencing a period of profound transformation in which the energy sector is influencing, and is being influenced by, technological progress that involves economic impacts as well as positive consequences for the environment.

While companies exist in order to produce and generate value, they also have a shared priority to cut CO2 emissions. Both objectives can be achieved through electrification, which nowadays plays a fundamental role in mitigating the overall impact of human activity on the environment.

The presentation of the study provided an opportunity to emphasise the importance of electricity in the development of innovation, industrial efficiency and the creation of new jobs.

Those attending the event in Cernobbio have already taken up the challenge presented by these opportunities. Taking part in the press conference were Valerio De Molli, CEO of The European House – Ambrosetti, Raffaele Tiscar and Francesco Profumo, members of the study’s scientific committee, Francesco Starace, CEO of Enel, Francesco Venturini, CEO of Enel X and Fatih Birol, Executive Director of the International Energy Agency. Enel Chairman Patrizia Grieco was also in attendance.

The Electrify 2030 study was carried out in collaboration with Enel X and the Enel Foundation, which together contributed to the definition of the scenarios and the operating recommendations for promoting the use of electricity.

The advantage of this study is that it is the first to provide an analysis of the entire value chain resulting from electrification from now to 2030, mapping the capabilities of the national system and examining its strengths and weaknesses. It is therefore a fundamental instrument at the service of both the business world and policy makers, providing a genuine assessment of the potential offered by the energy transition and a chance to focus efforts on those sectors with the greatest development possibilities

CEO and General Manager of Enel

The evolution is under way. Between 1990 and 2016 electrification in Europe increased from 17% to 22% and in Italy from 17% to 21%. Many scenarios project further potential growth that can be achieved by 2030, involving an increase of three to nine percentage points in Italy and the rest of Europe. On a national level this relatively high level of growth is forecast for the transport industry, with projected increases of from the current 2% to somewhere between 5% and 8%. The electrification of buildings is also expected to grow from 26% to 32%-34%. Finally, the industrial sector offers an estimated potential of 2-4 additional percentage points above today’s 35%.

These figures confirm that Italy’s e-Mobility sector has the greatest potential for growth.

Charging infrastructure is expanding and battery prices are dropping. We think that e-cars will soon become accessible to the average Italian family, so we will be seeing a mass market phenomenon

In order to support these developments, we need wide-ranging measures that will exploit all the benefits these opportunities provide.

We must encourage the spread of e-mobility, promote energy efficiency, strengthen collaboration between companies and research, increase Italian expertise in cutting-edge electrical technology and make knowledge of the benefits of electrification more widely known; these are all challenges that Enel X is already addressing.

Find out more by downloading the full report

Find out more by downloading the executive summary 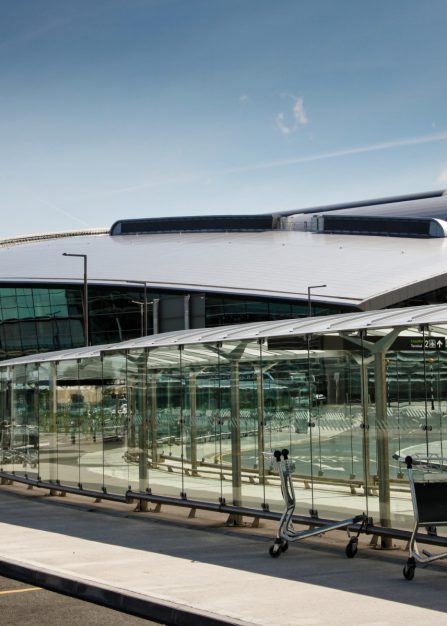 DAA, the company that operates Dublin Airport, has turned to the expertise of Enel X to ensure flexible and efficient energy management. Through participation in the DS3 programme, the airport contributes to the stability of the national grid, providing over 3MW of fast flexible capacity